Oh, there's been so much on my mind that's it's been hard to sit down and actually begin.  Does that ever happen to you?  I'll have some time in the near future to sit down and think...and write...but until then:

Today Sammy got a stander.  Yep, her very own Lecky stander.  It's a strange feeling.  I was actually really excited for it, but this is our first big piece of equipment.  It's a weird feeling.  More on that later.  Until then...we will be standing as we snack. 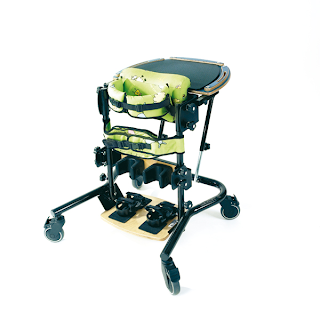 Last weekend, Michael Ririe displayed the photographs of kids working at Now I Can that have been published in his book.  The exhibit was fantastic (so I've heard) and I'm so excited to get my copy in the mail.  KSL did a news report of the event and they used Sammy's picture in a few of the shots.  Pretty cool.  You can see it here.
Posted by Jenny at 2:08 PM No comments:

Many have expressed the desire to donate to Samantha's therapy fund but are unable to attend some of the scheduled fundraising events. If you are interested in doing so, you can donate directly via mail, or you can use this secure paypal "donate" button. Thank you so much for the outpouring of love and support.

Your Words and Phrases 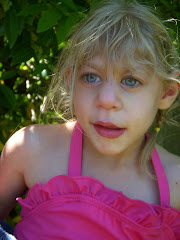